In 1953 Bill and Judy Belton settled into what would be their final home – and ultimately their final resting place – on a breathtaking property in Morgan County.

Their 150 acres – a vibrant network of rich bottom land along nearly a mile of Willet Run, steep and densely wooded ridges rising steeply along its sides – remain pristine to this day. Its trees are alive with birdsong, and its mossed banks are traced with overlapping tracks of wildlife who flourish in their undisturbed habitat along the creek, or scramble up the slopes to homes and dens.

“Rocky Hollow”, as the property is named, is now home to a new landowner. The Beltons both passed away by 2009, leaving their modest and sensitively-designed wooden home and guest cottage as their only imposition on the land, other than their own remains. 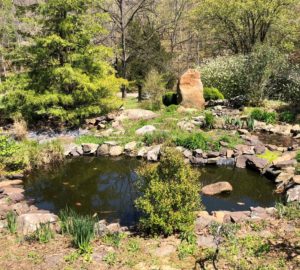 But today it is still possible to see exactly what the Beltons gazed upon from their small deck perched halfway up the slope – to listen to the rustling trees and birds and rushing creek – and even feel what their hearts felt. “This has been our home for longer than any place we have ever lived,” said Judy Belton. “To be able to preserve the land as it is, with no worries that it could someday be dramatically changed by development, is a real blessing.”

And each successive generation of new stewards of this property will be equally blessed.

Although the Beltons had envisioned that their children and grandchildren would wish to remain in Morgan County and reside on their cherished piece of land, in a stunning act of forethought, the Beltons placed 120 acres of Rocky Hollow under conservation easement. This simple act ensured that the land could never be clear cut, subdivided, nor developed. It also ensured the safety and vitality of water, habitat, and the land’s vast biodiversity. And their decision ultimately was an act of love for their children, because it freed them to leave the area and choose their own pursuits, clear in conscience that their parents’ legacy would continue.

The Beltons took these protective measures in 2000. Even then it was evident to them that development was rapidly moving into the Eastern Panhandle. Perhaps they had lived long enough to realize that what we cherish most should not be taken for granted. Undoubtedly, they had witnessed what younger people are now witnessing – a relentless march of development spreading in all directions, taking in its path all the trees, and obliterating the landscape.

Sadly, many of our commutes between home and work, which used to traverse country roads surrounded by orchards and farms, are now sullen and congested burps of movement between traffic lights surrounded by convenience stores, high density housing developments, storage units and business centers.

Each loss of what was once natural and beautiful chips away at our own legacy, and our children’s.

The Beltons understood that they could take responsibility to chart the fate of their property against the forces that someday might threaten their land and the natural habitat it provided, especially for birds. “This was our opportunity to counteract those forces,” Bill Belton said. 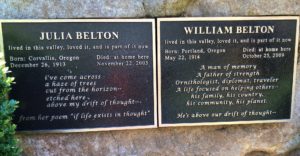 In an editorial written in the Journal in 2003 Matthew Bieniek wrote, “That’s not to say that there isn’t a role for government in conservation and habitat protection. But it’s important that private citizens play a role as well – and this is an important way to preserve open spaces and parkland no matter who is in office in Washington or Charleston.”

We wish that we could thank the Beltons in person for choosing to protect what they loved so dearly, and for realizing that in the blink of an eye, what we love, and what brought us here – our countryside – can be taken from us. 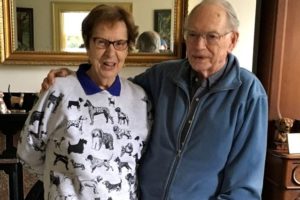 The Bishop Story by Susan Whalton, LTEP “The joy of[...] 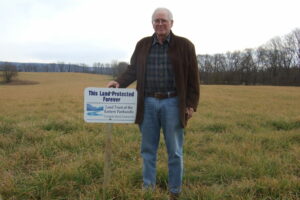